The daily life museum tells about the history of creation and development of the tourist center “Chusovaya” in particular and Russian household in general. The museum was opened on 21st May 2014 in honor of the 80th anniversary of the holiday center. 2 copper kopecks, coined during the reign of Alexander I (1801-1825) and found during the landscaping of the holiday center territory in 2013, became the first exhibit of the museum.

Nowadays there are about 100 exhibits in the museum which you can hold in your hands, study in details and get to know about their story. You can see such a forgotten showpiece as Rubel, experience the challenge of bringing buckets of water on the yoke, etc. 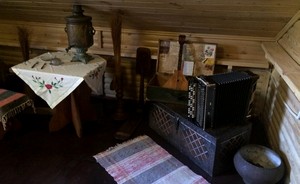 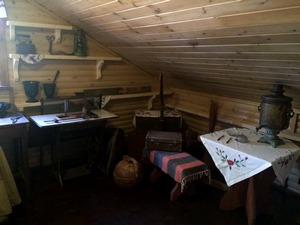 Here you can see the historical photos of the “Chusovaya” tourist center :

The museum has a collection of photos provided by tourists who visited the holiday centre “Chusovaya”. The exposition is constantly enriched. We would be grateful to accept your photos and any museum pieces. Your name will not be forgotten by our descendants and you will be presented with a letter of gratitude.